The right of priority, its successor in title: an example of international common sense to follow… 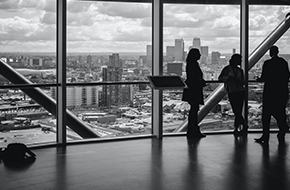 The right of priority, its successor in title: an example of international common sense to follow…

1/ The Paris Convention (PC, art. 4 A to I) created and instituted, in 1883, the principle of the right of priority for the benefit of the applicant of his first application for an industrial property title (patent, trademark and design).

a. Like the patent itself – at least according to French law – this right of priority constitutes a movable intangible property right enforceable against all.

It is therefore a negotiable asset; and in 1911, the PC confirmed its extension to the successor in title of the applicant.

Under what conditions may it then be exercised and negotiated?

Between the applicant and its successor in title, it can only be through the law of contracts which enshrines the common will of the parties.

This contract has at the very least an international vocation; it is therefore in the best interest of all to be subject to and assessed by one and the same law, and this for the whole world.

As the PC does not address this issue, this law should naturally be the law of the country where the right of priority arises.

Failing to agree otherwise, it would be appropriate, as usual, to also take into account the nationality of the applicant and of his successor in title, their domicile or establishment, the place of execution, the language of the contract, etc.

It is in this sense that our French judges apply American law to assess the transfer of the right to file abroad, as well as the transfer of the right of priority in the agreement subject to American law, when, for example, it was concluded in the United States between the American inventor who filed his first application in his country, and his assignee, who is also American, and who are both based in this same country.

On the other hand, several countries and certain regions provide this contractual regime with a legal regime that imposes itself and supplants it, for example, social labour law, which would also be part of the international public order.

b. But let us nevertheless remember two things:

The right to a patent generally belongs to the inventor, whereas priority exists only within the hands of the first applicant and expires after a short time.

While the inventor naturally has the right to file a patent application, the ordering of his invention may require him to transfer his right to a patent to the person who ordered the invention and who becomes his legitimate “successor in title”.

But for all that, the regime of hired inventors, which comes under this right to the patent, cannot be automatically transposed for the right to the priority, which until now has not existed on the inventor’s head, even if he is the first one.

2/         In fact, born out of the PC, this priority right is actually intended to be exercised abroad, where the subsequent application will effectively benefit from its priority date.

Under these conditions, the applicant’s successor in title, the assignee of the priority, will have to respect the conditions under which these two conventions, one multilateral (PCT) and the other regional (EPC), recognise and implement this right of priority; in the same way as the EPC countries recognise their obligation to protect, according to their own methods of exercise, the non-European inventions of individuals from PC countries, in the same way as for their own nationals.

It is in this respect that one can refer not only to the law of origin, but also to the law of the country where protection is sought:

In Europe, for the assignment of the European patent application, Art. 72 (EPC) requires a written document signed by the contracting parties, which effectively facilitates evidence, if it becomes necessary.

However, this writing requirement is not expressly sanctioned in this international treaty by the nullity of this assignment, contrary to French law (L.613-8 § 5 CPI) according to its principle of “no nullity without text”.

But neither this formal requirement nor the other property rights provided for in Articles 71, 73 and 74 (EPC) are provided for the priority right and its successor, especially when the patent has been definitively granted.

Therefore, the Paris Court has already been able to assess the assignment of the right of priority in particular under agreements concluded under US law between US employees and their employer, all of whom are established in the same country.

In view of affidavits from US lawyers, this Court has even admitted that the transfer of the right of priority could indeed be implicit, provided that it is certain; this would be the case when it results from obligations to do, even if they were concluded before the priority arose for the inventors who are going to be the first applicants in the USA.

Of course, the right of priority is ephemeral. Nevertheless, it seems wise to respect the fundamental principle of the autonomy of will of the parties, who may all agree to transfer and acquire an emerging right, even if it means mutually confirming such a transfer, even when it has expired.

In the end, common sense would seem to dictate that :

3/         There remains the delicate question of the authority’s competence and power to assess the substance (including the content) and form (including the method of evidencing) of this assignment, the sanction for which is in principle only the loss of the priority date, but not the nullity of its title.

a. French judges have fortunately and for a long time considered themselves competent to rule on these assignments of priority, even if it means applying the law of origin, convinced of the reality, even if only implicit, of the parties’ willingness to agree on the effective transfer between them – not only of the right to file abroad – but also of the right to the priority, especially during the time of its existence as provided for by our international conventions.

b. Since the lack of priority is not a ground for opposition, the EPO is not competent to rule on the content and scope of the agreement invoked for the transfer of this right, one of the attributes of this intangible property which is enforceable against all, even after the final grant of the patent.

However, the offices are generally competent to rule on the lack of novelty or inventive step of a patent not yet definitively granted.

In order to do so, the office must naturally know the date on which the state of the art opposable to the application ends in order to know whether an intermediate document can destroy its patentability.

But does this mean that an Office has the power to go beyond a mere formal check of the regularity of the claim in its territory?

One could imagine following the rule accepted before several offices, according to which the applicant is deemed to be entitled to exercise the right invoked before it [see for example Art. L.611-6 French IPC and 60 (3) EPC].

This will not be the case if it is clear and obvious that the applicant is not entitled to the benefit of a priority.

This should be quite clear when the PCT and EPC applicant is not the same as the inventor filing the first application in the US.

The non-existence of the transfer of the priority invoked appears all the more manifest and obvious when the company filing its PCT and EPC applications has itself declared to the EPO that no assignment or work contract existed with its employee filing in the USA.

In these circumstances, if there is relevant prior art between this US priority and the European filing, it would be interesting, if only from a practical point of view and in the interests of all concerned, to know the opinion of such an office as to the exact date from which the application in Europe may actually benefit.

Then, if the office decides to revoke the grant of such a patent, in particular for lack of novelty in view of the intermediate prior art, judicial review should still be available to the victim of this revocation [see Art. 32 and 41.4 of TRIPS].

As far as the INPI is concerned, the Paris Court should be able to hear such an appeal, this time judicial, in order to fully assess the substance and form of even a foreign assignment.

What about the EPO, whose Enlarged Board of Appeal will soon give its opinion?

What about the UPC, where the failure to transfer priority, which leads to a lack of patentability, would be a defence falling within its “exclusive” competence [see Article 32-1. a) of the Agreement] ?

One could imagine, according to the equitable principle that the judge for the main action is also the judge for the defence exception, that the UPC should take up this defence, even if it means simply dismissing the infringement plaintiff, without granting an “erga omnes” effect or « res judicata » to its assessment of the transfer of the priority right.

Finally, the decision of the first court hearing this assignment should, if not be binding, at least be retained and taken into consideration by all the other courts.

This is the same issue that arises about a Frand licence. 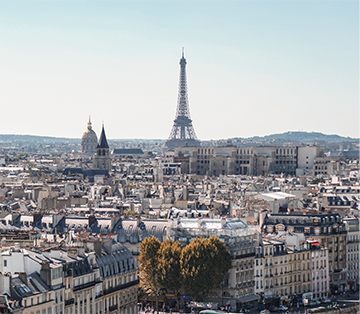 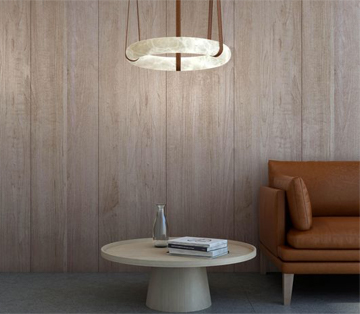